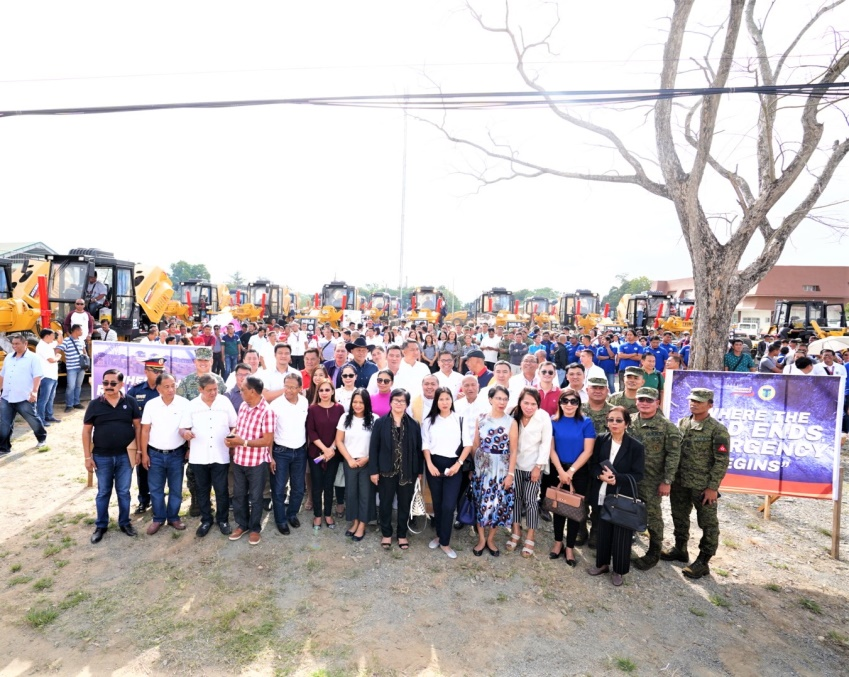 PEÑABLANCA, CAGAYAN, MARCH 02, 2019 – Consistent with its ironclad commitment to fight insurgency, the Provincial Government of Cagayan distributed the Road Graders for Peace, Progress, and Development to Tuguegarao City and the 28 component municipalities of the province on March 2,2020 at the Capitol Grounds, Peñablanca, Cagayan. Guided by the principle that insurgency ends where the road begins, the Provincial Government under the leadership of Governor Manuel N. Mamba, is prioritizing the construction of vital infrastructure projects, particularly local access roads, in insurgency threatened and affected areas. As part of its innovation on peace and order, the Provincial Government streamlined the peace and development agenda in its core thrusts and local plans. 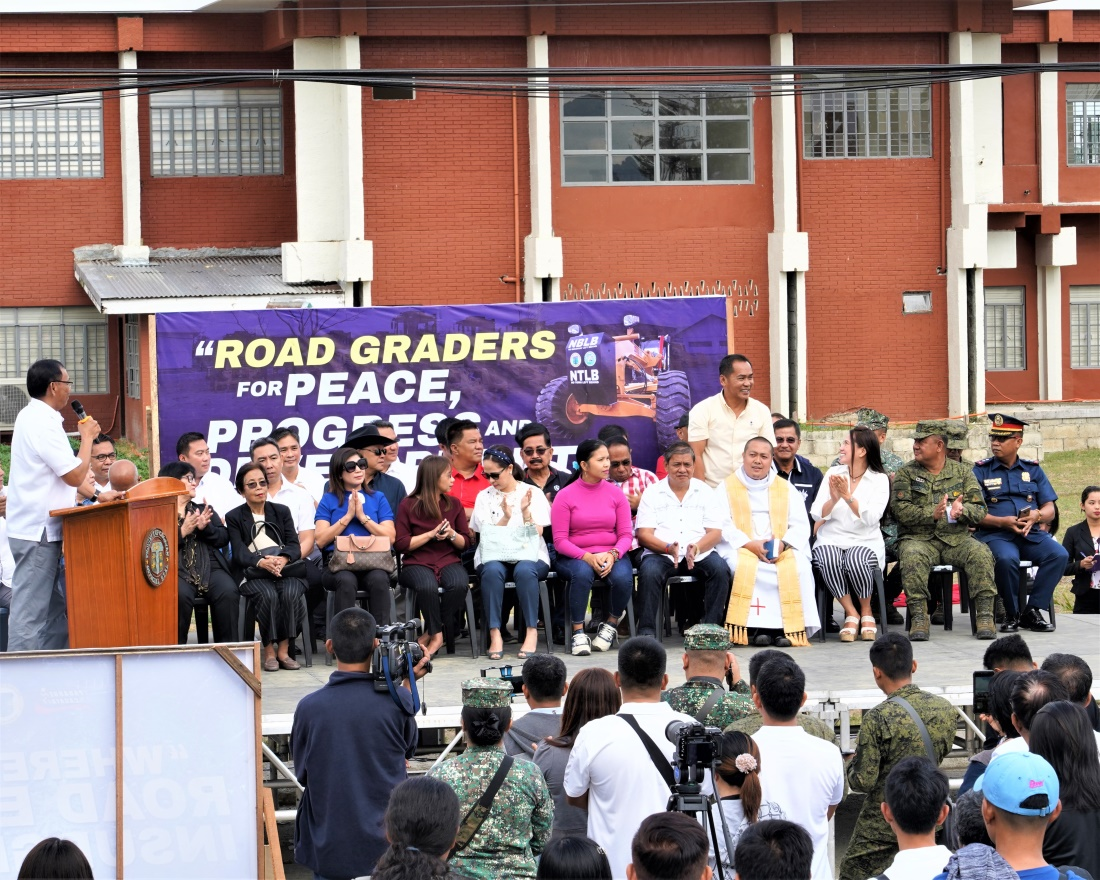 Governor Manuel N. Mamba delivers his message to the attendees of the turn-over ceremony.

In his message, Governor Mamba said that the fund used to procure the said heavy equipment came from the No Town Left Behind (NTLB) – No Barangay Left Behind (NBLB) program of his administration. The NTLB and NBLB initiatives serve as a novel support mechanism to the component city, municipalities, and barangays through provision of technical and financial assistance. “All of these, our efforts, ti panagkaykaysa tayu ket para kadaggiti annak tayu, para ti appuku tayu, and for our future”, Governor Mamba highlighted in his speech. He also put emphasis on the importance of convergence and cooperation among the local leaders and expressed his willingness to work with all government officials, especially the Local Chief Executives regardless of political affiliation, in ensuring the holistic growth of the province. Governor Mamba also said that because of the corruption-free competitive bidding and massive procurement, the Provincial Government was able to save Php54.5 Million pesos from the allocation for the purchase of the heavy equipment.

Meanwhile, Atty. Ian Aguila discussed the terms stipulated in the Deed of Conditional Donation. According to him, the maintenance and operation of the road graders will now be the responsibility of the City or Municipal Government concerned. However, in case there are violations in the terms of the Deed, the Provincial Government reserves its right to reclaim the ownership of the said equipment. 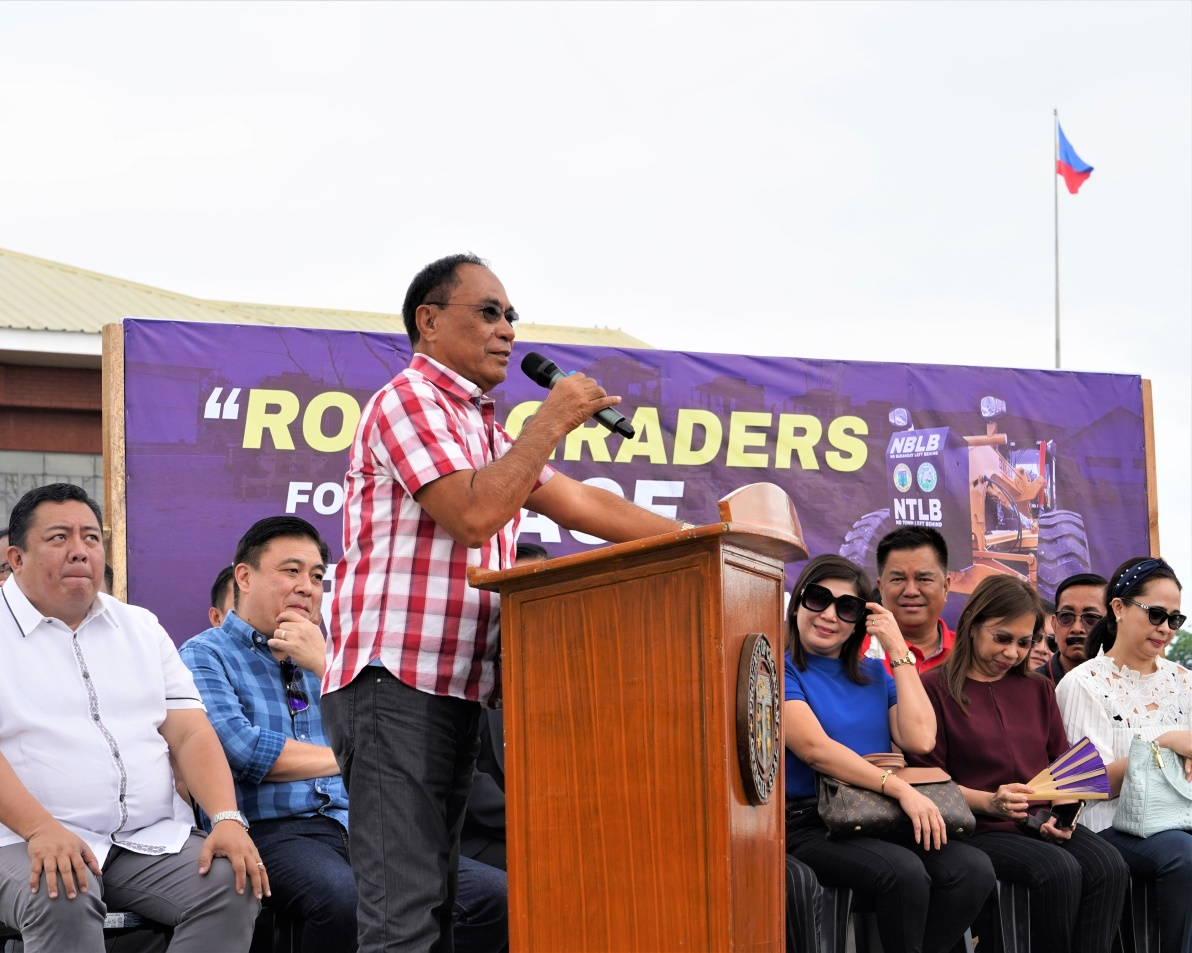 LMP President and Sto. Nino Mayor Vicente G. Pagurayan while delivering his response and message of gratitude to the Provincial Government of Cagayan.

Giving his response on behalf of the League of Municipalities, Mayor Vicente G. Pagurayan of Sto. Niño, Cagayan expressed his deep gratitude to the Provincial Government for its unwavering support to its component LGUs, especially on matters pertaining to peace and development. He said that the newly donated heavy equipment will greatly contribute to the delivery of basic services in their area of responsibility.

The road graders were personally turned over by the Governor to the Mayors present during the undertaking. The activity was also witnessed by Col. Camillo Saddam of the 5th Infantry Division, Lt. Col. Angelo Saguiguit of the 17th Infantry Battalion, Lt. Col. Rowen Rimas of the Marine Battalion Landing Team, representatives from the Philippine National Police, and Provincial Director Ruperto B. Maribbay,Jr.,CESO V of DILG Cagayan Provincial Office. (SOURCE: LGOO II Renz Angelo Umambong)