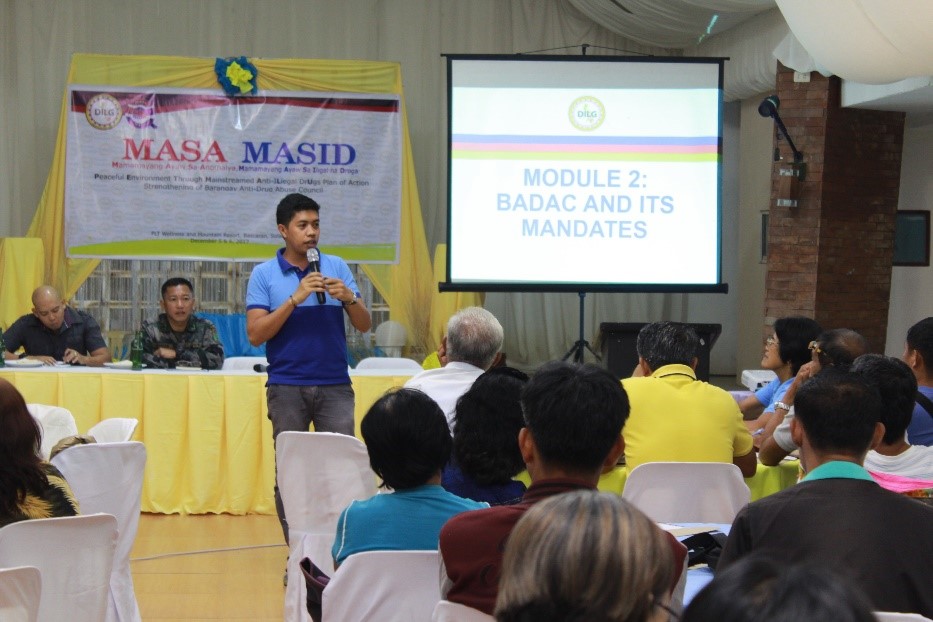 The MASA MASID (Mamamayang Ayaw Sa Anomalya, Mamamayang Ayaw Sa Iligal na Droga) Program promotes community involvement by urging the people to contribute in addressing problems on corruption, illegal drugs, criminality, violent extremism and other threats to peace and security down to its sources. The DILG having been tasked to implement the advocacy program of the MASA MASID Project and as head of the Advocacy Cluster of the Inter-Agency Committee on Anti-Illegal Drugs (ICAD), through a series of activities, ensured that the project gets the widest dissemination to stakeholders.

The two-day Congress centered on the orientation on the role of members on the revised guidelines of the MASA MASID Project, as well as to heighten the participants’ level of awareness on corruption, illegal drugs, criminality and violent extremism and other threats to peace and security; increase their awareness on judicial processes in drug related cases; understanding the process of reintegrating surrenderers in the society; and encouraging community participation and community building. The highlight of the activity was the participation of the members led by their respective Mayors in the commitment setting, this was done by placing MASA MASID stickers in the map of Nueva Vizcaya, an indication of their sincerity and dedication in curbing corruption, criminality, illegal drugs and violent extremism as they envision a peaceful and progressive Nueva Vizcaya.

On December 5-6, 2017, an activity, Strengthening of Barangay Anti-Drug Abuse Council (BADAC) entitled, “Peaceful Environment Through Mainstreamed Ani-Illegal Drug Plan of Action,’ was conducted at PLT Wellness and Mountain Resort, Bascaran, Solano, Nueva Vizcaya. The activity was conducted in two schools hence the two-day activity and was participated in by the targeted 52 barangays from the province.

The BADAC is considered the first line of defense against the proliferation of illegal drugs in the community. The composition of which includes barangay officials, sectoral representatives and the members of the community themselves having firsthand information about happenings in their community. As such, the BADAC should have proper knowledge of their roles as members of the Council and should be well adept on procedures that have to be followed in the implementation of the Dangerous Drugs Act in the barangay. It is also their responsibility to come up with plans, strategize and evaluate programs on drug-abuse prevention in the barangay and with the activity they were oriented on how to integrate the BADAC Plan of Action to the Barangay Peace and Order and Public Safety (BPOPS) Plan which is one the objectives of the activity.

Another activity was conducted on December 7-8, 2017 which is the Masa Masid provincial Summit entitled, “MASA MASID Team and Volunteers: Leading the Organization of Dedicated Individuals for Drug-free, Peaceful and Safe Community,” at Highlander Hotel and Restaurant, Solano, Nueva Vizcaya. The participants to the activity are the MASA MASID Team members (Punong Barangay, SB Chair on Peace and Order, Representatives from FBO, NGO, PO and other volunteers, CSO member of BADAC, CSO member of BPOC) and 15 volunteers per barangay of the 52 target barangays in the province. 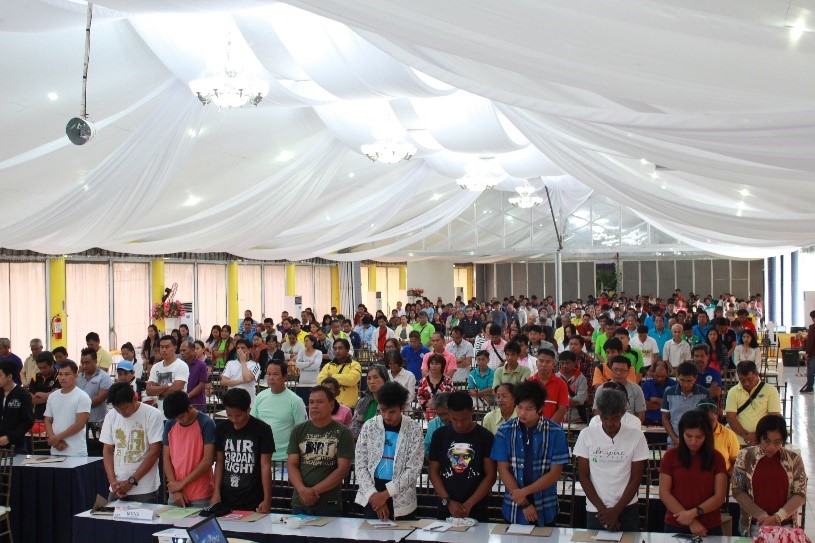 The MASA MASID Project is a project that advocates the involvement of various stakeholders. Recognizing the importance of community participation through civil society organizations, faith based organizations and the local officials, the project taps into the participation of these development partners in order to advocate the primary purpose of the project. Being at the forefront of the projects’ implementation these key players are the LODIs (millennial term for Idol, spelled in reverse) for its success, they are the LODIs for a drug-free, peaceful and safe community.

The Masa Masid Project having a multi-sectoral approach in its implementation and in collaboration with various national government agencies, the program aims to achieve peaceful, orderly and safe communities. Having been revamped with new members and functions, the MASA MASID Groups have to undergo orientation to familiarize themselves with institutional arrangements that come with their role, a strong foundation to sustain the peace and order situation of the province which is generally peaceful.